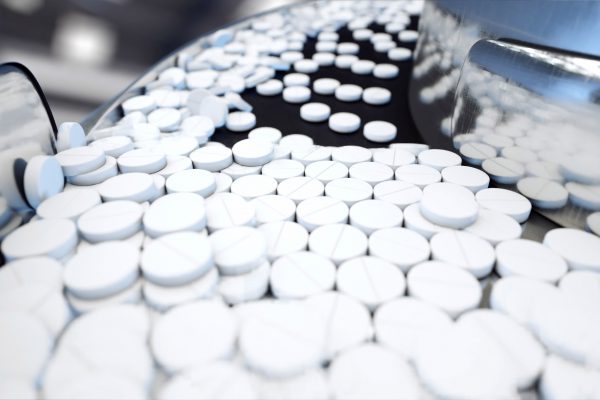 In this primer, 12 Cowen analysts discuss the current landscape of the opioid crisis and potential public and private market solutions. We look at current treatment paradigms, the pipeline of alternative therapies and changing service models. We also discuss outside-the-box solutions such as cannabis, medical devices and digital health

The opioid epidemic in the US appears to have reached a tipping point. Overdoses from prescription painkillers and illicit forms of opioids claim the lives of around 100 people each day and that number may be growing. According to preliminary CDC estimates, opioid overdoses were responsible for 53,000 US deaths last year, topping the death toll of guns, car crashes, and HIV/AIDS at the peak of the epidemic.

The opioid crisis is also taking a toll on the US economy costing an estimated $78.5B in lost productivity and increased public costs for criminal justice and health expenses according to the CDC Foundation. More than one-third of this amount, $29B, is attributed to health care and substance abuse treatment costs.

What We Have Done

A dozen Cowen analysts collaborated to examine the opioid crisis and potential solutions relative to their unique areas of expertise. We took an extensive look at the political and regulatory response to the epidemic along with a deep dive across multiple sectors to analyze current treatment paradigms, the pipeline of alternative therapies and changing service models. We also examined outside-the-box solutions such as cannabis, medical devices and digital health.

This report attempts to take a multi-dimensional look at the opioid crisis, as addressing the issue will require a multi-pronged approach that involves all levels of federal and state government, numerous federal agencies, and a range of companies in the private sector including but not limited to pharmaceutical manufacturers.

The Trump Administration recently declared the opioid crisis a public health emergency, based on the advice of the President’s Commission on Combating Drug Addiction and the Opioid Crisis. However, it will be incumbent upon Congress to appropriate adequate funding with the next shot on goal likely being the year-end omnibus bill and a likely starting point of $45B/10 years. Some members of the Commission believe that at least $100B/10 years will be needed to fight the epidemic.

FDA’s active role in the opioid crisis has included one product withdrawal and the extension of post-marketing education programs to immediate-release opioid formulations as well as extended-release formulations. Other potential FDA actions include regulatory changes to grant priority status and manufacturer incentives toward the development of new pain therapies and addiction treatments.

We estimate the current global market for legacy opioid products to be ~$6B, most of which are generics. This number is in a decline driven by reduction in opioid use in the US, which accounts for ~ 2/3 of all worldwide opioid consumption despite accounting for only 5% of the world population. The rapidly growing abuse epidemic gave rise to abuse-deterrent formulations of opioids. While there are currently 10 opioids approved with abuse deterrent claims in the label (9 extended release and 1 immediate release formulation), OxyContin was the first opioid to gain an official abuse deterrent claim and maintains approximately 85% prescription share in this market currently trending at ~$2.2B/yr in US sales. In addition to strong brand recognition by physicians, abuse deterrent OxyContin’s list price is 2-4x lower on a daily equivalence basis compared to recently-approved abuse deterrent opioids. Given OxyContin’s strong market position and competitive pricing, we believe that future abuse deterrent products will have a hard time competing. Our consultants also note that adoption of abuse deterrent opioids is limited by the fact that they have not been established as a standard of care in the medical community.

The market potential for non-opioid alternatives could theoretically reach or exceed $10B/yr in the US, but replicating the magnitude of efficacy provided by opioids sets a very high bar that has not yet been reached by any approved products. Local anesthetics and cannabinoid products (GW Pharma) represent attractive opportunities for non-opioid alternatives. So far the only approved long-acting local anesthetic is Exparel, which drugmaker Pacira believes can reach ~$1B in sales with only 8% market penetration. Durect, a competing company in this market, believes their extended release bupivacaine formulation can also generate $1B in sales.

Non-pharmacologic alternatives to opioids include physical therapy, cannabis and spinal cord stimulation (SCS). There is a growing body of evidence to suggest that cannabis and SCS can be effective tools in combatting the opioid crisis. The SCS market is estimated to be $2B globally with key players Medtronic, Boston Scientific, Abbott’s St. Jude Medical and Nevro.

The treatment of opioid addiction currently includes Invidior’s Subutex and generic, buprenorphine plus naloxone (Invidior’s Suboxone), and naltrexone (Alkermes’ Vivitrol). We see a significant opportunity for increasing penetration of Vivitrol programs. Our sales projections for Vivitrol peak at $1.3B by the drug’s loss of exclusivity in 2029.

Meanwhile, digital health companies like Pear Therapeutics and Chrono Therapeutics have the potential to play an important role in the awareness, treatment and support of opioid abuse through workflow management tools, the development of therapies that can be used in conjunction with traditional treatments, and products to help reduce physical dependence.

Finally, the private insurance industry and drug supply chain are also involved with the fight against opioids. Many insurers, including Aetna, Anthem, and Cigna, have outlined prescription reduction goals and implemented a number of initiatives in an effort to curb inappropriate prescribing and increase medication-assisted therapy for opioid use disorder. We think PBMs (Express Scripts, CVS Caremark) and retailers (CVS, Walgreens) can have a meaningful impact on the opioid fight, as PBMs have the ability to control drug utilization and access patient information, and retail pharmacies have direct interactions with patients.