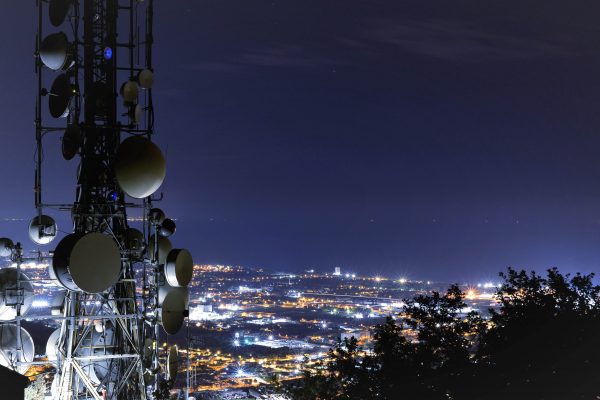 “True” 5G is expected to expand the use case of a wireless network meaningfully. This, however, will require significant investment in SA (standalone) 5G equipment, edge nodes/C-RAN, optical infra., small cells, and mmWave spectrum, which remains early going. The best way to invest in 5G at this still early stage is fiber/small cell service providers, OEMs, and others in the supply chain.

Current Investment Opportunity Limited; LT Investment Opportunity Significant
We believe the current investment opportunity associated with 5G is limited and unlikely to drive meaningful incremental upside for companies involved considering the mature state of the smartphone market. More likely, 5G will simply replace investment in 4G, thus resulting in stable/flat carrier capex investment over the next few years. Starting sometime in 2022/2023, we believe the investment opportunity associated with enterprise/industrial 5G will start to clarify and likely result in new opportunities/business models across most sectors that will have a far-reaching impact. Given our views, we have focused this report on the long-term opportunity or what we refer to as “true” 5G.

Today, Handsets and RANs are Required; Tomorrow, the Core, Edge, and Fiber
Today’s marketing hype around mobile 5G is tied to speed and the promise that devices (primarily phones) will be faster than the previous generation and ignores the two other 5G KPIs including latency and connected devices. Mobile 5G requires that new handsets support 5G and that carriers upgrade their RANs to 5G. However, true 5G will require a significant investment in the network core, edge computing, and a small cell/fiber network as “true” 5G will further blur the delineation between wireless and wireline. True 5G will usher in new applications/use cases similar to how 4G helped to create Lyft; however this won’t begin to occur until after R16 is approved in mid-2020.

Network Slicing Will Enable a Dynamic, Application Specific, Network
As opposed to legacy technologies in which networks needed to be built with dedicated hardware, “network slicing”, which will be standardized within R16, will enable one common network whose components can be allocated on-demand whether for a private Enterprise network, FWBB, fleet management, or smart city IoT, as the same holistic network gets “personalized” for each application. Interestingly, network slicing is one of the key reasons carriers believe that they will not be cut out from the value creation aspect of 5G as those providing end-solutions cannot simply rely on a homogenous network like they did with 4G but instead will need to be “permissioned in”.

Edge Computing Will Be Necessary But What It Will Look Like Remains Unclear
Today the “Edge” or “MEC” (multi-access edge computing) is more of a construct considering it remains unclear what the Edge architecture will look like and the use cases it will solve for. At a high-level, the Edge is the idea that compute/storage will increasingly occur closer to the end-device it is serving to help reduce latency and transport costs. While very few people would deny that such infrastructure will be needed for true 5G, there is significant debate at this point whether this can be accomplished with infrastructure that sits for example at the base station of a macro tower, at a C-RAN aggregation hub, at a regional carrier hotel, or at a cloud data center.

“True” 5G Will Ultimately Require More Small Cell/DAS Nodes than Macro Cell Sites
Unlike previous generational technology updates where almost all the upgrades and new cell-site deployments were directed toward macro towers, true 5G will represent the first time that small cells/DAS (distributed antenna systems) are considered a material component of a wireless network topology. This is because (1) shorter-range mmWave spectrum will be used to connect end-user devices, and (2) true 5G will be used to enable mass adoption of next-gen IoT solutions. By YE19, we estimate ~150K outdoor small cells will have been deployed with Atlantic-ACM forecasting there will be more small cells than macro cell sites by 2022. Almost all will be connected with fiber.

mmWave Spectrum will Provide a Near-Wireline Broadband Experience
mmWave spectrum has not historically been used in mobile networks; however, because of (1) the buildout of small cells, and (2) advancements in technologies like beamforming, mmWave is being viewed as commercially viable and a key component of true 5G. This is notable since mmWave spectrum is able to support significantly higher bandwidth capacity than <6 GHz bands, which means it can offer much faster speeds. This is also why some carriers distinguish 5G as either <6 GHz 5G or mmWave 5G. With mmWave 5G, carriers will have to build massive (and costly) small cell networks, but will be able to provide a near-wireline broadband experience (upwards of 1 Gbps today).

“True” 5G Will Likely Be a Big Driver of Cloud Services
True 5G is likely to be one of the next large growth drivers for cloud providers considering much of the data that the anticipated industrial/IoT devices will be using/collecting will be processed/stored in the cloud. To that point, we believe that true 5G will be a key driver in advancing big data analytics and the AI revolution. One of the key value propositions is that “intelligent” edge computing will enable a dynamic network that is “aware”, including, for example, anomaly detection in industrial IoT, collision avoidance in autonomous vehicles, or image recognition in smart cities, and, equally as interesting, will heavily depend on machine-learning.