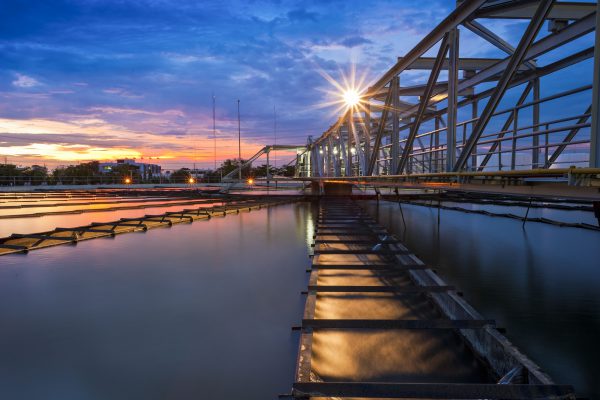 After outsized 2016 growth, our survey shows continued US muni spending expansion, though at a more modest pace. Deep dive into metering space supports XYL’s Sensus acquisition. Takeaways from the Global Water Summit in Madrid and AWWA in Philly suggest utilities are thinking more digitally – though distinguishing products that might realistically be adopted near-term a necessary exercise.

A key investor concern has centered around the direction and duration of municipal spending. There are certainly less respondents seeing 5+% growth in this year’s survey than in the last two years and 2017 expectations have moderated since we first asked last year, though this is not particularly surprising after a period of outsized growth. Despite the magnitude of expected 2017 moderation, confidence in gross dollar expansion has increased since last year. XYL management on our recent travels with them reiterated their belief that we are in the early stages of a US capex cycle that could last 7-10 years. Our survey data supports that claim of continued growth.

Following a strong 2016 and political uncertainty regarding infrastructure spending, there has been increasing concern about the direction of US muni spending. First half comps are certainly challenging – XYL said as much on their last call – but our survey suggests that market participants are poised to grow operating and capital budgets in 2017. 96% of survey respondents see operating budget growth this year, largely in the 0-5% range with ~10% seeing 5+% growth. 92% expect capital budget growth, with ~6% expecting 5+% growth. Results were similar when weighted by population, though the percentage of respondents expecting 5+% opex growth jumps to 27% from 10%. Looking forward to 2018, roughly 90% of respondents expect opex growth (on both a population neutral and weighted basis), though almost all of these respondents see growth in the <5% range. Capex expectations next year largely mirror opex, though we note that on a population weighted basis, NYC wrapping up a multi-year metering installation brings the percentage expecting growth next year down to 72%, still a healthy number.

Our market analysis supports XYL’s 6-7% 2017-2020 growth expectation for Sensus and we note that each 1% of sales for the business translates into ~$0.02 of total company EPS. Advanced Metering Infrastructure products (AMI), Sensus’ specialty, are likely growing at or around a double digit pace.

We estimate the US “smart water” metering market (where 95% of Sensus’ sales are directed) to be nearly $600MM in size and growing at a roughly 8% CAGR, about 2x the pace of the overall water metering market, with high-end technologies likely outpacing total smart meter growth. The top 3 players, Badger Meter, Neptune (owned by ROP), and Sensus (XYL) dominate at least 65% of the total market with concentration moving higher as you move into smart meters. Less than 20% of respondents had water metering systems less than 10 years old, while nearly 40% had systems 15 years or older (typical meter battery life is in the 12-15 year range). Roughly 50% of participants expect to install new meters within the next two years (though it could be part of a multi-year program and magnitudes can vary), and we’d expect the hit rate of advanced AMI technology to be above its current penetration rate of ~30%. We note that Sensus was the only large scale provider to see materially higher market share on AMI (500bps) vs. its share in the total water metering market. Mueller Water’s (MWA) AMI share was 7% vs. 6% for total market – highlighting likely persistent scale headwinds for them and others in that share range.

Utilities are Clearly Thinking More Digitally, but are Running the Risk of Becoming Too “Buzz Wordy” and Mistaking Jargon for Content

The Broader View from the Global Water Summit in Madrid

The theme of this year’s event was “Intelligent Synergies” – a topic clearly moving up the priority list for utility leaders. On that note, however, we noticed an interesting dichotomy: utility leaders highlighting their need/want for technology and providers indicating that utilities aren’t moving fast enough. This tug-of-war is not new, but we do expect certain technologies – particularly those focused on identifying and dealing with issues like non-revenue water – to see funding. Municipalities from Budapest to San Diego highlight their need to upgrade/rehab pump stations and water mains and their desire for technology to modernize their operations with real time monitoring and communication. Monetizing byproducts (such as algae, nutrients, biogas, etc) was another consistent theme from the municipality side.

At the same time, we got the sense that many presentations and pitches started to skew too far into the world of buzz words – a land where points quickly lose meaning. At the end of the day, this is the municipal water space, not one that will be mistaken for Silicon Valley in the near-future. Although we are seeing more forward thinking, scale and quick payback are absolutely mandatory in order for municipalities to deploy. Cool cloud based applications that don’t address a critical concerns will likely remain theoretical. This is what makes non-revenue water (water that enters the system that is either lost via theft, leak, or incorrect meter reads and earns the utility no money) so interesting – it’s a self-funding solution. Even developed nations can see 30% non-revenue water and technologies like advanced meters coupled with leak detection and pressure management technologies (XYL with Sensus/Visenti, MWA with Echologics, etc.) can demonstrate quick results. China’s government has instituted a mandate to move from nearly 30% non-revenue water to 10% over the next 3 years. While that isn’t likely feasible in such a short period, it speaks to the priority of this type of spending.

The Local View from American Water Works ACE17 in Philadelphia

The general tone of attendees was consistent with our survey results – most generally saw modest, more normalized near-term growth. There are some geographic trends in play – Florida seems to be benefiting from steady housing market strength (likely a positive for Neptune). Federal infrastructure overhang still exists. Even though federal money represents a small portion of water related spending, the uncertainty surrounding it is likely delaying certain project starts.

Advanced technology and analytics was clearly a theme here as well, though we got the sense comfort with such products is still at its relative infancy. Several attendees talked about the need for a continuous push on customer education to raise awareness of new and readily available capabilities. More than anything, we think this speaks to the relatively slow moving nature of the space.