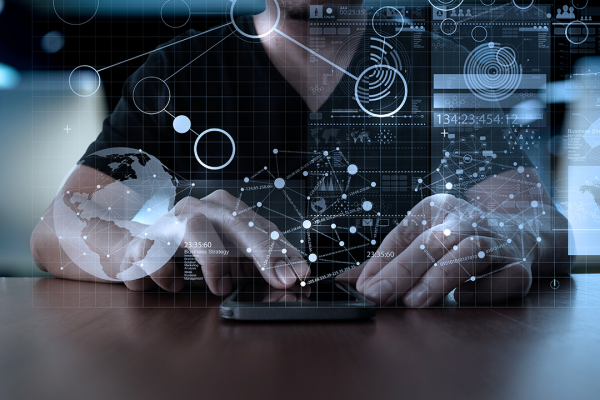 Our new proprietary U.S. eCommerce vertical model suggests accelerating growth in ’17 (third year in a row). eCommerce disruption is still early days, as most large verticals (Apparel, Auto, Grocery) are in early/mid stages of eCommerce disruption per our analysis. As over-retailed verticals shut doors, AMZN, which accelerated its fulfillment footprint in ’16, should benefit, among others.

Quantifying the Disruptive Power of eCommerce

The idea that eCommerce is taking share and disrupting Brick & Mortar retailers is hardly new, however, we believe the absence of clear digestible data has made it difficult to quantify, thus resulting in more conceptual conclusions (until now). We introduce our proprietary Cowen U.S. eCommerce vertical model, which we believe is a new and unique approach to analyzing the market. Our intention is to provide investors the framework for quantifying eCommerce’s disruption overall and by vertical (i.e. Media, Electronics, Clothing, etc.).

This Is the Beginning: eCommerce Disruption Just Getting Started

We see a long runway ahead for further eCommerce penetration of U.S. Retail Sales. We expect U.S. eCommerce sales to rise from ~9% of U.S. Retail Sales in ‘17 (x-Gas, & Non-merch. receipts) to ~14% in ’22, or ~$418BN rising to $737BN, a 12% CAGR. Following an acceleration in growth the past 2 years, we estimate U.S. eCommerce growth accelerates again in ’17, driven by Clothing & Accessories, Grocery & Consumables.

The Stages: Assessing eCommerce Disruption of Brick and Mortar by Vertical

eCommerce penetration within any given vertical varies significantly depending on the stage of disruption (Late, Middle, Early) and as a result some industries have been impacted more than others. Industries in the Later Stages of US eCommerce disruption share similar characteristics, namely (i) eCommerce penetration rates above 40% of total retail sales, (ii) declining physical store counts, and (iii) significantly lower in-store sales vs the industry’s peak. We point to Books (below) and generally different Media mediums sitting in this stage.

The Middle Stage is typically characterized by (i) eCommerce penetration rates ranging from 10-40% of total retail sales, (ii) a declining to flat physical store count, and (iii) declining in-store sales. Below, we point to Electronics which is Middle to Late stage and Apparel & Accessories which is still Early to Middle stage currently.

The Early Stage includes industries with (i) eCommerce penetrations below 10%, (ii) mixed in-store sales growth, and (iii) mixed store growth/declines. We include Grocery, Consumables (Personal Care, HH goods, etc), and Auto as Early stage currently. We expect several industries which are still in the Early to Middle stages of disruption to play a critical role in driving the next leg of U.S. eCommerce growth, like Apparel, Grocery, and Consumables, among others.

U.S. Brick and Mortar Retailers Are Over-Retailed
Despite the pressure on traditional retailers, the U.S. brick and mortar retail footprint is multiples larger per person than other developed and emerging markets. For example, there are ~48 retail square feet per person in the U.S. vs. 22 in the UK and 13 in Canada. Product-oriented U.S. brick and mortar retailers will likely continue to right-size for their current opportunity in light of changes in consumer behavior and consumption patterns, in our view.

The Omni-channel argument suggests traditional brick and mortar retailers optimize physical stores to improve their customer value proposition and drive higher sales. In our view, Omni-channel fits a narrative bound by physical contructs like long-term leases and where brick and mortar are retro-fitting their offerings for customers, which hampers innovation. Also, with store closures seemingly accelerating, it appears that some brick and mortar players are not only not defending their turf, they are giving it up. We view further store closures across verticals as highly likely, until the verticals are right-sized and ultimately reach an equilibrium. For instance, the US Book industry perhaps has reached its physical equilibrium as physical sales grew in ’15, after ten years of declines, albeit during that period of decline, store count fell 46% (from peak) and in store sales fell 38% (peak to trough).

We believe AMZN is positioning itself to both drive and capitalize on the continued growth of eCommerce as consumers’ shopping habits evolve. AMZN increased square footage for the entire fulfillment operation by 30% y/y in 2016, vs. +22% average from ‘13-‘15 at large scale. The fulfillment growth implies 35MM incremental fulfillment square feet in 2016, or two times the square feet of their entire fulfillment footprint in 2009. Going forward, we estimate AMZN’s global fulfillment footprint grows at a 16% CAGR ’17-’22. Net-net: We think the runway is clear for AMZN to continue to win in large retail markets for the foreseeable future.

Amazon should continue to be the key driver of U.S. eCommerce disruption and in turn the key beneficiary. We rate Amazon Outperform and our top pick in 2017. With the accelerating growth of its fulfillment footprint (+30% y/y) in ’16, which enables it to continue to get closer to customers, increase selection and improve delivery speeds across a wide range of products, AMZN ultimately improves it’s customer value proposition. This should drive further sales growth. Our analysis of AMZN’s GMV (x-3P non-FBA) suggests that AMZN’s fulfillment square feet growth in ’17-’18 will likely be more normalized low 20% growth, which could quell concerns about a lengthy investment cycle. See our Retail / eCommerce landscape table in the report for other players driving and benefitting from accelerating eCommerce growth.

According to comScore, mobile now accounts for 20% of total digital sales vs. 11% in 2014. Apparel, footwear and accessories are the fastest-growing categories within mobile commerce. The implications are obvious, brands must meet the consumer where they want to be met and the most important flagship location is shifting to .com and away from brick and mortar. Three key implications we see: 1) our analysis of inventory turnover and inventory growth across the sector indicates a massive divergence in performance across the sector with inventory in the brick and mortar channel expanding too quickly as eCommerce stole market share; 2) the brick and mortar retail channel has been a source of channel fill and, in most cases, high-margin sales, but while open-to-buy dollars have started to be reduced, brick and mortar retail has yet to meaningfully close sq. footage, which will be a further headwind to sales growth for brands; and 3) the barriers to entry across retail, which were never particularly strong, have been broken down further, as smaller, authentic, unique and specialized brands are afforded all access to the consumer through digital commerce.

As inventory grew in excess of sales across the brick and mortar sector, inventory turn slowed with lease-adjusted ROIC following suit lower. This has led, in most cases, to significant underperformance in stock prices vs. major indexes since 2014 for many in the sector. Most concerning is that major U.S. department stores, totaling over 3,700 stores and $84B in sales (ex. Sears), are forecasted to close only 1% of doors in 2017. With total clothing and accessories eCommerce sales estimated to reach over 30% of total category sales by 2020, brands and retailers must increase investments in digital and partner with the best e-tailers such as AMZN. NKE and CRI skew towards the highest penetration of sales within owned eCommerce in our coverage while HBI, GIII and SKX generate less than 2% of sales through their own eCommerce sites. GIII, RL and PVH are most dependent on U.S. department stores in our coverage list. ADS-GR and DKS (which saw eCommerce grow 33% in Q3:16) as the best positioned stocks in the sector as the digital revolution continues.