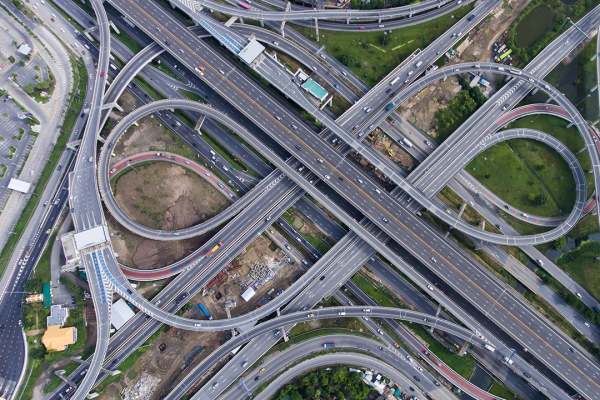 Autonomous Trucking: Sooner Than You Think

Semi-autonomous level 3 trucks will be ubiquitous on America’s highways within 5-10 years, in our view. Our analysis suggests improved fuel efficiency and productivity benefits that could increase earnings potential by 4-8%. Innovation leads policy making, but government is trying to keep up. Longer term, driver-less level 5 trucks could threaten the most common job in 28 states.

Level 3 autonomous trucks (AT) permit the driver to cede control of the vehicle to the technology on certain roadways under certain driving conditions, akin to auto-pilot on an aircraft. ATs come with both significant technological, economic and personal benefits. In fact, we think a fleet could see a 4-8% earnings improvement from fully utilizing level 3 trucks. Based on conversations we’ve had with industry executives, the amount of testing taking place today and the current regulatory framework, we think level 3 trucks will be ubiquitous on America’s highways in 5-10 years. Level 4 automation could require a driver as well, albeit in a far more passive role while driver-less level 5 trucks present entirely new possibilities.

A truck without a driver would no longer be subject to the current 11-hour daily drive time limit, which is in place to protect the public from overtired drivers. Therefore, a level 5 truck could cover more mileage, haul more freight and ultimately generate more revenue per day than a truck driven by a human. Trucking, which has lost market share on longer hauls in recent years to railroad intermodal service, could become more competitive again. Additionally, the transport landscape could be radically altered. The very nature of for-hire trucking companies could be threatened over the long term as one of their biggest roles is managing drivers. Third-party non-asset logistics companies (3PLs) could play a much bigger role in management of level 5 trucks as OEMs/tech companies shoulder responsibility for the production, maintenance and repair of the vehicles. We explore the idea a bit more, which was first introduced during a panel discussion by the CEO of Transfix at our Annual Global Transportation Conference in September 2016.

Autonomous Trucks Could Be On America’s Highways Sooner Than Many Think, Results From Our Shipper Survey & Extensive Conversations With Trucking Industry Executives

Nearly two-thirds of the shippers we asked said they expect to see autonomous trucks on the road within ten years. Eighty-six percent of them said they would consider ATs to haul their collective $7.7Bn of freight. Large trucking companies are taking very close looks at the capabilities of autonomous trucks, seeking to help craft regulatory policy and in some cases actively testing them as they attempt to size up the economic benefits. Federal regulators appear supportive, but at the very least don’t seem headed in the wrong direction (more on that below). At least 12 states have autonomous vehicle testing ongoing or will have it soon as governments seek to attract job opportunities, R&D dollars and partnership opportunities for their local universities.

Importantly, level 3 trucks are not job killers. The largest trucking organization and an influential voice in Washington DC, the American Trucking Association is supportive of this technology because of the safety benefits and job security it ensures. Of course, as we look long term at level 5 trucks the labor issue will certainly arise as truck drivers are the most common job in 28 states. However, there are still some hurdles to overcome. Federal regulators and state lawmakers must provide an environment whereby the innovators and truckers can operate without hindrance. Liability and cyber-security/hacking concerns will need to be addressed by insurers and software developers. Infrastructure investment is also key in that in order to realize the full benefits of any level of autonomous trucking, the vehicles should be able to communicate with everything around it, including signage and lane markings.

The march to automation has been going on for years with federal lawmakers taking a backseat to state lawmakers. Public policy can accelerate automated vehicle developments, though can also stop them cold. States are leading the way through a dual mandate: 1) sense of opportunity around economic development, and; 2) sense of fear (stop SkyNet and the rise of robo-cars). The innovators are well ahead of the regulators, which is helping to push lawmakers to formulate the rules of the road. There are some initiatives underway at the federal level, but mainly through National Highway Traffic Safety Administration (NHTSA) the federal authorities are purposely in neutral (in our opinion). NHTSA’s preliminary statement on automated vehicles from 2013 was supplanted by the September 2016 White House/DOT policy guidelines. The federal government (at least pre-Trump – his FY18 Budget is likely sometime around May and could include their position) seem to recognize that a prospective approach with specific standards could slow innovation. Congress has already held a hearing on the topic this month in the House Energy and Commerce Committee. Not to lose out to the lower body, the Senate is also moving forward (in a bipartisan fashion) with a bill being crafted by Sens. John Thune (R-SD) and Gary Peters (D-MI) who are looking for ways to reduce hurdles for self-driving car manufacturers. The states are moving with great speed with several doing a fair amount to attract research and development dollars or offering roadways as test beds. They’re also causing some headaches. State Departments of Vehicles (not typically the tip of the spear in relative bureaucratic excellence to begin with…) are leading the charge with patchworks of contrasting regulations that is a cause of concern for the industry. Unification of state laws is a real issue, to say nothing of cyber security and job disruption. Lawmakers are aware of issues and are shifting into first gear with the states ahead of them, though the innovators are remaining out in front.

Infrastructure could provide a legislative vehicle for autonomous truck/car legislation – along with financing. However, “infrastructure” is stuck in the gridlock caused by the FY17 ObamaCare Reconciliation process that has ground Capitol Hill to a halt. There is also bigly uncertainty around actual policy and political coalition on Capitol Hill. Democrats will likely support straight spending a la Highway Bill/2009 Stimulus, but will not be in favor of Navarro/Ross Plan that is heavy on public-private partnerships, leverage, and tax credits, i.e. tolled sidewalks. Commerce Secretary Nominee Wilbur Ross authored Trump’s infrastructure plan, is a very creative financier, and was a supporter of Build America Bond program: $167B down payment (ballpark range of deemed repatriation of ~$2.4T overseas trapped earnings) yields $1T in total spend through tax credit equal to 82% of equity investment. We suspect Trump’s speech on February 28 will prominently feature infrastructure and we expect the Administration’s plan in the space in the coming weeks and months. Infrastructure will not move through reconciliation process, so 60 votes in Senate (52 Republicans and 48 Democrats) will very likely be required.

Autonomous driving, if fully adopted, could represent one of the single most disruptive events to occur in the transportation industry since the original advent of the automobile. Not only does this technology have the ability to reduce vehicular accidents, but it can create paradigm shifts in vehicle use and ownership that could unlock new sources of economic value. While the economic incentives for autonomous trucking is still being quantified there are several near-term productivity improvements that trucking companies can leverage to offset adoptions costs. However, for retail consumers the value proposition in the short term is more closely aligned with safety. In our view, the rate of autonomous adoption by retail consumers has a tangible impact on autonomous trucking, as large scale adoption will help to materially reduce autonomous system costs as economies of scale for components become better realized over time.