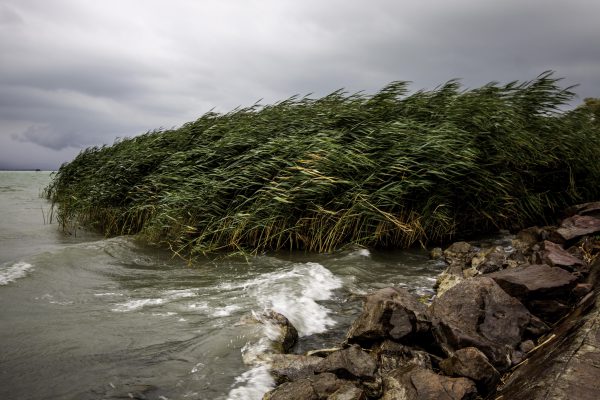 Last year turned out to be the first since the fallout from the financial crisis during which assets invested in hedge funds failed to end the year much above where they began it. Lagging performance led to further investor disappointment and redemptions, most notably from several high profile pension funds. Start-ups this year are running at a much slower pace compared to trends in recent years, while funds are closing down at a faster clip. How did we get here, and how do we reverse these conditions?

It’s no secret that hedge fund managers have been facing headwinds in recent years. In my opinion, there are three major issues hedge fund managers are increasingly having to deal with: (1) the continuing growth of passive versus active investing, (2) the relative underperformance of hedge fund returns during the bull market since the financial crisis, and (3) the compression of investment management and incentive fees.

The Continuing Move Toward Passive Investing

The data clearly shows that active managers have increasingly had a difficult time beating the market averages. We have, of course, essentially been in a one-directional market since the post-financial crisis lows in March 2009, which is not exactly the kind of environment that’s supportive of specific security selection. In contract, purveyors of passive investment strategies have delivered in this environment, and done so at cut-rate investment management fees. It’s not surprising then that assets represented by passive strategies continue to grow at a much faster pace than those managed actively. Think of how easy it’s become for investors to get into the market, or any subsector of the market for that matter, by simply buying an index fund or ETF.

As recently as 2012, assets managed passively on a global basis accounted for 11% of total assets according to consultants PwC. That same study suggests that by 2020 that share will have doubled to 22%. The trend is even more pronounced in US equities, where Morningstar estimates show the passive share of assets at more than 40%. So while actively managed assets are still projected to grow, clearly an increasing share is going passive and thus further out of the reach of hedge fund managers.

The Relative Underperformance of Hedge Funds

Hedge funds have historically aimed at delivering outsized returns regardless of market conditions, and have done this through strategies that focused on delivering alpha from longs as well as shorts, and by understanding that outsized returns also generally required greater risk or volatility of those returns. In recent years, however, results have been underwhelming. From the beginning of 2009 through the end of last year, the HFRX Global Index is up roughly 15%, or about 2% annually over the period. While the equity segment of the index performed a bit better over the same time frame, this still lagged the nearly 15% compounded annual return recorded by the S&P 500 including dividends. Performance last year was notably sluggish, and while better year-to-date, remains uninspiring.

There are obviously various reasons for such lagging performance, but to my mind one in particular stands out, and that is the dramatic rise in the prominence of institutional investors in hedge funds and the influence this investor class has had on manager behavior. It’s apparent to lots of industry observers that many managers, in an effort to attract and appease these large pensions and endowments, morphed their strategies to dampen the volatility in their portfolios. Essentially, these managers appear to have been “retrained” by these investors and the very large allocations they make, and became satisfied asset gatherers rather than alpha generators. Nowhere is this trend more evident than in the amount of capital that’s been put to work in liquid alternative structures, in which managers for the most part don’t have the financial incentive to outperform.

The magnitude and the duration of hedge fund underperformance has not gone unnoticed, and investors have increasingly raised concerns over the high management and incentive fees charged by hedge funds. The spate of announcements since last year by some large pensions that they would be divesting their hedge fund allocations is certainly a manifestation of their diminished interest in paying above average fees for below average performance. The industry has already seen other adjustments as well, including the proliferation of “founder investor classes” offering allocators reduced management and incentive fees for early investments. The days of “2 and 20” appear to have gone by, and at least from where we sit, “1.5 and 15” seems to be the new norm. Here again, I would suggest that the move into liquid alternatives has played a key role in dampening fees.

Where Do We Go From Here?

In my mind, passive investing is really nothing more than a race to mediocrity, something completely antithetical to what the capital markets are all about. More importantly, it accomplishes none of the basic objectives of investing. It doesn’t provide the mechanism for establishing the fundamental price of a business and its securities, and certainly doesn’t solve for the capital formation needs of emerging and growing companies.  Though it has worked in recent years as the markets have been broadly rewarding, I think it’s fair to question whether it can or will survive the next bear market. I doubt it, and believe that when that next major correction comes, capital will again look for outlets that can and will provide positive returns.

It’s therefore crucial, in my opinion, that hedge fund managers remember how to shoot for outperformance. They need to again get comfortable with the simple notion that outsized returns generally require the assumption of increased risk and volatility in returns. Too much emphasis on risk management and not enough on performance is a key reason, in my opinion, that the hedge fund industry finds itself at this crucial juncture.

Nothing will make talk of redemptions and the push back on high fees fade faster than evidence of a return to outperformance at a time when markets aren’t delivering positive returns. In my view, the alpha generators will again gain the attention of investors seeking such returns. My simple message to those managers who have become exquisite explainers of everything they do to mitigate risk, is that they perhaps consider expending more effort discussing their alpha generating strategies, delivering on them, and remembering that growing through performance can be financially very rewarding. The goal should simply be to be better, not bigger.

Fortunately, the industry continues to see a steady stream of portfolio managers who very much embody the principal of outperformance and believe that it’s their responsibility to aim for it, a clear sign of encouragement for the hedge fund industry. I am also encouraged by the recent announcements of hedge fund divestment by certain large pensions and endowments, as I see this as a sign of capitulation by this investor class just at the time when the downside protections typically provided by hedge funds will be needed.