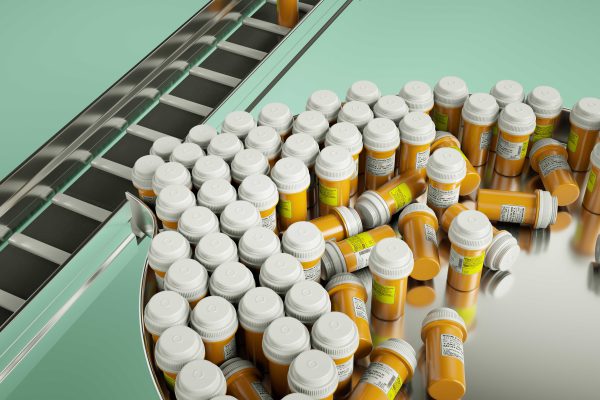 The Future Of Medicaid

We see Medicaid growth accelerating as more states find ways to enroll more people and expand LTSS, a fact that may not be fully appreciated by the market. Medicaid-focused names are particularly well-positioned to benefit from this positive secular trend. But while more focus is in on reprocurements and expansion, Medicaid is also the front line for new drug payment models and battling opioids.

Medicaid Is Big And It’s Going To Get Bigger (Weissenstein – Washington Research Group)
Medicaid is one of the most entrenched federal health care programs, offering health care coverage to 75M people. But it is also one of the most expensive programs in state and federal budgets, and with the Affordable Care Act (ACA), which included a voluntary expansion of Medicaid, it’s one of the most controversial. But Medicaid services are increasing at a pace that may not be fully appreciated by investors, and all happening under a Republican Administration. The actuary for the Centers For Medicare and Medicaid Service (CMS) recently projected that Medicaid expansions during 2019 are expected to result in the first acceleration in Medicaid spending growth since 2014 (from 2.2% in 2018 to 4.8% in 2019). Medicaid spending growth is then projected to average 6.0% from 2020-2027. Possible expansions in GA and NC could accelerate growth further. The bottom line is that the Medicaid program is large and getting larger, which will mean new opportunities, and new challenges, for many segments of the health care industry.

Drug Pricing And Medicaid: Lots Of Ideas But Will Any Of It Matter? (Weissenstein – Washington Research Group)
One area of focus is drug pricing, as states seek ways to reduce drug spending leading to no shortage of proposals. But the question is: will any of them lead to a significant reduction in drug prices or spending? Of the proposals in the works, the “Netflix” model that is being considered by a number of states is probably the most likely to reduce drug spending but at this point it’s limited to Hepatitis C and it’s hard to see how it would apply to other categories. CA’s governor has called for the state to consolidate their various programs including Medicaid, state employees, prisons and others in an effort to negotiate lower prices. Beyond that a number of states now have laws designed to increase transparency in drug pricing, but they have yet to show they lead to lower prices or lower spending. Bottom line is that the landscape for drug makers and Medicaid will continue to be challenging and should a Democrat win the White House in 2020, it could be even more so.

Medicaid-Focused Managed Care Companies Well-Positioned For Secular Growth In Medicaid (Rhyee)
While the market generally focuses on reprocurements and possible expansions, we believe the market may not fully appreciate the potential of managed long-term services and supports (MLTSS) to be the next leg of growth in the Medicaid market, as states increasingly shift higher acuity populations into managed care. LTSS, and specifically MLTSS, spend has accelerated in recent years. According to an IBM Watson Health report produced for CMS, Medicaid spent approximately $167 billion on LTSS in FY16 (+4.5% y/y) while MLTSS was $39 BB (+24% y/y).